Explore a rare ecosystem on the Mexican Caribbean

Located at the eastern edge of the Yucatan peninsula, Isla Contoy is approximately 35 miles from Cancun and 19 miles from Isla de Mujeres. Declared a Mexican Natural Park and Flora Fauna Refuge in 1961, the scenic island is the first such protected area within the state of Quintana Roo. It was declared a National Park in 1998. 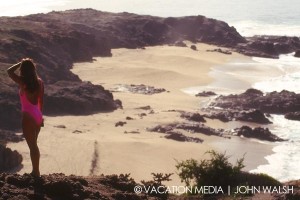 The island is managed by a local NGO and the Mexican Secretary of Environment, Natural Resources, and Fishing. It’s accessible only by a few licensed tour companies. Visitors must apply for permission to visit, and no more than 200 people are allowed to tour the island each day. Day trips are approximately four hours in length, so you can easily visit from Isla Mujeres or the mainland.

Isla Contoy is approximately 238 hectares (587 acres) in size, but only a few acres are accessible to tourists. The island is unique throughout the Caribbean in that it has been left in a perfectly natural, pristine state. More than 98 different plant species and 41 different species of algae have been identified in this nature lover’s paradise.

Because Isla Contoy has no fresh water sources, there are no mammals present on the island. There are, however, more than 150 different species of birds, 14 species of reptile, and 6 different types of butterflies. The island also boasts the Atlantic’s largest nesting area for the Brown Pelican. The White Turtle and the Carey also call the island home.

In addition to offering an extraordinary land experience, the island’s coastal areas provide a rare opportunity to explore coastal dunes, lagoons, the intercontinental canal, a public beach, and an extraordinary concentration of coral reefs. These reefs, which begin at the southern end of the island, form the beginning of the Great Mesoamerican Reef, the second largest coral reef in the world. Among these corals, researchers have identified 17 species of scleractinious, 14 gorgonaceous, and 12 sea sponges, comprising one of the most diverse aquatic populations in the world.

The beautiful, nutrient-rich waters surrounding the island attract hundreds of different marine species, with the rare whale shark and the more common manta rays among the most prominent local inhabitants.