Find Adventure and Recreation off the Island 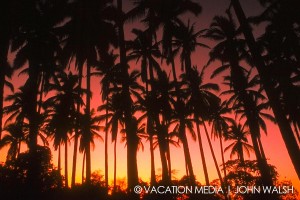 The ruins of Chichen Itza are on the mainland, located approximately halfway between Cancun and Merida. Rich in heritage and history, the site has been more carefully restored than any other Mayan city to retain the culture of the local community that prospered here between the 8th and 10th centuries AD. However, many of the ruins are Toltec in design, a nod to the central Mexican tribe that dominated this region.

The ruins span an area of nearly four square miles, including the Pyramid of Kukulkan, the Ball Court (the site of gladiator-style games), the Temple of the Jaguars and the Tzompantli, the Sacred Cenote, the Group of the Thousand Columns, the Nunnery and Church, and the most impressive structure of all, the Caracol. The Caracol is so-named because it employs a curved stairway inside, which appears to resemble a snail. It functioned as an observatory in ancient times.

Chichen Itza has been considered one of the new Seven Wonders of the World, and as a result is immensely popular and can draw extensive tourist crowds. The site opens at 8:00 AM each day; for best viewing opportunities, it’s recommended that you arrive as early as possible.

In ancient times, the city of Tulum was used in a military capacity as defense against invasion and was also an important port of call. Today, it’s famous for its Mayan ruins, white limestone beaches, and crystal-clear Caribbean waters. Tulum is also well-known for the fresh water pools that form in the middle of the jungle, the result of a vast underground network of fresh water rivers.

The city of Coba is one of the more important places to visit if you have an interest in the region’s archaeological history. Once a city of 50,000 people occupying more than 80 square kilometers, the city was built between two local lakes and contains the Nohoch Mul, the highest pyramid on the Yucatan.

The Xel-Ha Water Park is an absolute must-see for visitors, offering an exciting, diverse array of sights and activities. If you enjoy aquatic fun, you can swim with dolphins, snorkel, “Snuba” dive, or kayak. If you’re more of a land lover, hop aboard the jungle train to go mountain biking or enjoy a quiet stroll along the Path of Consciousness. The park also boasts an open-sea aquarium, ecological attractions, fine dining establishments, and much more. There are also many activities specifically designed for children. For budget-friendly convenience, the park offers packages ranging from basic options to all-inclusive itineraries.